Yesterday I arrived in my absolute favorite city, the lovely, grey city of London. It was the official start of my quick European trip, and it was by far my favorite part (so far). There is something magical, exhilaratingly comforting, about the culture of England. There is this eclectic, creative mix of all types of people, of dreams that mesh in London. It isn’t like New York City, where the streets are packed to the max, hustling and bustling. London is incredibly unique, in an almost indescribable way. Any dream is achievable in London. As soon as I walked out of the plane, I had this strange feeling of simple belonging. I hope so strongly that one day I will be able to call myself a citizen of England. Every person I talked to was so lovely, polite, and genuinely curious. This was only my second time in London, and although I only had eight hours (layover), it was everything I’d hoped it would be and more. Here, I’ll share with you this incredible little adventure of mine.

Driving through Piccadilly and the legend appeared onscreen. 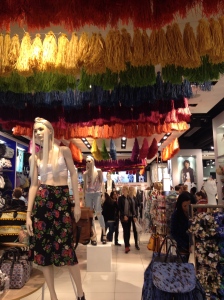 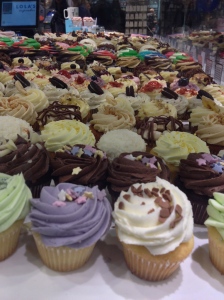 I call this the classic “American Tourist” shot- Big Ben, and a double-decker. So unique.

My friend Anna and I in front of the London Eye, a la Topshop bag-reppin’

(Taken by Anna) The most perfect, classic gloomy London day. The drizzle was lovely, the whole entire trip was lovely.

(Yes, I am aware this is a very awkward photo of me) Me, in front of the one black telephone box we came across, representing me perfectly. And yes, there is indeed wifi there!

I am currently working on renovating my fashion blog, but it isn’t close to being great. See you all tomorrow!

It’s a beautiful day to dream.

Today is my last day in the smog-filled, Celine-obsessed, dreadful, superficial city of Los Angeles (admittedly, it is my hometown that I loathe so much) for around nine days. Tomorrow, I will be jetting off to Europe. Last summer, I was also in Europe for around a month and it was phenomenal. Whenever I leave this city, it feels as if a suffocating, metaphorical weight has been lifted off of my chest. I will be visiting a few different locations, specifically around the lovely country of France. Here is my schedule for tomorrow (bear with me):

I wake up at 4:30 AM. We then proceed to drive to the airport, take off in a few hours, and arrive five hours later in New York City (unfortunately I have no time to go out of the airport). Quite a while later, we depart on a seven hour plane ride to London. I have eight hours in my favorite city ever, (score!) and then I take yet another plane to Nice.

Sounds just lovely, right? I am not a fan of airplanes, but the end result is usually always worth the torturous hours on the vehicle. I will be spending most of my week in the simply stunning and darling South of France, one of my favorite places that I’ve been so far. I will be in Italy for a bit, mainly in Rome. I am delighted to embark on this trip, of course, but the one thing I have no joy about is tomorrow’s plane-day. Let’s just say I have a “small” phobia of public restrooms. I have trouble with confinement, in the claustrophobic sense. Annnyyywayssss… as there is not too much to do for that amount of hours in an airplane/airport, I have made an overly long playlist of songs for my journey. I have decided to cut just a fraction of the very best songs on it here for you. Whether you’re in an airplane, boat, car, or even just simply taking a stay-cation in your own home, these songs will most definitely get you in the travel mood.

I’m not a good liar. Not really. I never have been graced with this gift as well as curse, I presume.

But I do know how to act. Many people have told me that acting is just like a more official version of lying, but I really do not find that to be true. See, when I act, I become my character in that very moment. No matter how much rehearsal I have, no matter how many times I’ve practiced my lines, I have to believe in myself to be my character.

And so why can’t I lie? Because lying is for those who have something to hide. But acting, acting is not about hiding. Acting is about opening yourself up and baring your soul for everyone to see. You become a character, even if just for two hours, you are you but in a different form. This is why I adore acting. It gives you the ability to truly see yourself, but to open up in a different version of yourself. And you can use acting in your daily life, not just on the big ol’ Broadway stage all of us musical theatre people dream of.

I’m scared, okay? I admit it. I’m scared because in just three months, I will enter high school. I know it doesn’t seem like a huge, overly exciting deal but let’s be honest: it definitely is. My parents look at me with that abruptly condescending look in their crinkled eyes, screaming one day she will laugh about it when I explain my anxieties over entering high school. It sucks, when adults tell you to buck up, kid, because one day you’ll have to live in the “real world.” Well, what is the real world? What world is high school, then, the fake world? It’s almost humorous, but in the most frustrating of ways. I could go on and on about the hellishness of certain adults, but that’s a much  different post.

The main point is, high school is scary, simply put. I’ve seen what it does to some students. It cruelly yanks out and drains every last ounce of dignity, of confident persistence, of innocence. But high school is also what you make of it. Any situation is what you make of it. I’ve got to say, I’m quite awful at this concept, as I have an abnormally negative view on life, but I am trying here. Faking confidence can help you so incredibly much. Fake confidence can win over people, teachers, anyone in your life. Now, read closely. Fake confidence is NOT overconfidence. There is a fine line between the two traits. Overconfidence is the automatic assumption that absolutely everything in the world will go your way, the vainest and most unsuccessful type of confidence. Fake confidence is when you are not quite sure of how well you’re going to do in a situation, but pretending to know just enough. For example, last summer, I went ATVing at my summer camp. I hadn’t ever been on an ATV before, but everyone around me seemed excited and unafraid of the task before them. I, on the other hand, had a mini heart-attack and I almost backed out of it due to the lingering anxiety I always seem to possess. But what did I do? You guessed it- I acted confident. I put on my best “I’ve never done this before but I’m completely sure it’ll be fun and I definitely won’t get any limbs chopped off!” smile. It worked. I am the least adventurous person I know, but because I faked faith in myself, that faith became reality, and I had the time of my life on that ATV. It was exhilarating, to say the least.

No one is good at everything. NO one. But you know those people you see, the ones who are well-rounded, seem to have every skill from dance to perfect SAT scores under their belt? They aren’t just born with some inhuman ability to achieve perfection. They had to pretend along their journey there. So, confidence is key, no matter how much you hate something, if you seem confident, then you will become confident.

It’s a beautiful day to dream.